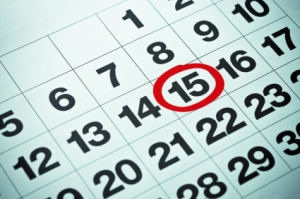 I need to catch up with myself.

It’s September. Already. Yes, I am now going to dive into the “what has David been up to so far this year” thing, and not because I am a big braggart, but because I quickly forget my triumphs and don’t have a knack for the diary. And, yes, I do hope that the occasional tale will inspire a reader or entertain a colleague.

I can start by telling you that I just co-directed my first film. Eh-ver. It was flipping exhausting. Lucky for me, I had a rock star team, including Ben Andrews from Evil Slave (co-director) and Chris Taylor from Adventus Films (D.P.) Oh, and our 1st AD was a rock star, too. His name is Steve Harshfield. I suggest you look him up. And, a BIG shout to Rick Walters for bringing us all together. We shot, in two days, a short film. About 14 pages of material. And I think it was pretty damn successful. Stay tuned. As things come together, I will share more.

Ok. I shot Grimm…You know that. Oh, and I opened The Art of Racing in the Rain on the same day. That rocked…

Er…I had an epic one liner on the blockbuster TV movie, Bigfoot, starring Danny Bonaduce and and Barry Williams. My line? “Gunner, stand by.” Epic.

I auditioned. A lot. Didn’t get cast. Often. Turned down some staged play auditions – I am making it a “rule” to work only once per year on the stage.

I travelled to Scotland with my best friend, business partner, and wife, Angela DiMarco, to see two dear friends tie the knot on near the ocean and against some of the most beautiful backdrops I have ever seen. That was much needed and oh – so – magical.

I shot 3 other short films – The Last Audition, The Strong Man, and All Things Hidden, a webseries pilot, Locally Grown, and am booked to shoot a fourth in October – Deadline.

Oh, and I have a one day shoot on the feature film, A Bit of Bad Luck in October, too.

And – wow, almost forgot – just in case you missed it, Shadowed (the feature I shot last year) premiers at the Tacoma Film Festival in October, and All My Presidents (the short I shot last year), plays at L.A. Shorts Fest this month!

Phew. Now I am caught up with myself.

And, now you are too.