Risk/Reward: Being an artist with other jobs 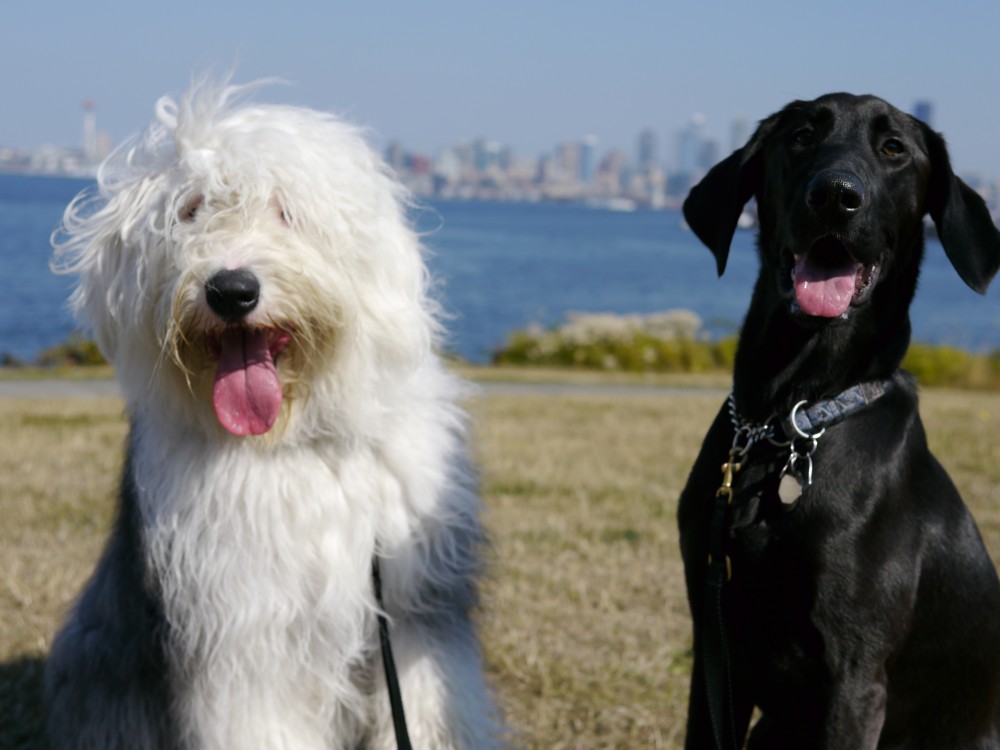 I have been an actor who also walks dogs since 2006. In June, the dog walking will end, and new paths will be followed.

It’s not easy being an artist. I have always needed “another job” to make ends meet. Most of us do. Back in 2006 I started my first business, David the Dog Walker, from the ground floor. And I have been able to balance, more or less, walking and acting ever since. But, this summer I am letting go. I am letting go in order for new paths to emerge.

With letting go comes pain. And some grief. After all, we are talking about dogs! And loss. I absolutely love dogs, and my clients (four legged and otherwise) are amazing. Moving away from this work means I am also saying goodbye to a steady stream of income. Which is risky. And scary. But, what will it make room for, I wonder?

When David the Dog Walker “opened,” it was just me. I slowly built a reputation in West Seattle. As well as a client base. The business grew. I grew. I learned how to train dogs, and how to teach people to train theirs. I added employees. I got a bit overwhelmed. I was still acting, of course. Juggling a lot of proverbial balls. By 2012, the dog business was still going strong, but some of my best staff needed to move on. Angela and I were getting more involved with the local filmmaking scene, and we were also beginning to reach out to our community more – teaching and advising. I launched a blog for actors, and in early 2012, Angela and I decided to pool our resources and open an actor training “school,” and film production company – Mighty Tripod Productions was born.

With Mighty Tripod Productions, we are offering acting for the camera courses with Tony Doupe’, one of the best actors in Seattle and a teacher with many years of teaching experience. We teach three levels – beginner, intermediate, and advanced – and we offer workshops on special topics. We are also producing our own films, with our first, Trauma, winning audience favorite at the Seattle 48 Hour Horror Project, and being an official section of Hollywood Horrorfest (2014). At the time of this posting, we have more festival news to report, but we cannot officially announce until April 1.

As an actor, I have also been extremely fortunate lately. Recent credits include The Gemini Artifice, a yet to be publicized webseries (I know, so many secrets!), Miles (which we also produced), and this week we head into filming The Device, a feature length film from The October People. Other projects are on the horizon, too, including The Rectory. PLUS, last week I auditioned for two, yes TWO television shows. While living in Seattle!

These incredible successes have convinced me that the Universe is urging me to move in a new direction. A direction which solidifies my commitment to film/TV acting, and a path that includes film production and actor education. That path, sadly, leaves my daily dog walking duties behind.

Risky stuff. The path of the artist is filled with risk. But, the rewards…the rewards are abundant.

PS – I case you are worried that I will be eating nothing but ramen for the rest of the year, my dear friends at Monster Development are hiring me to do some marketing and web work. So, I should have a few nickels to rub together between projects.

Thanks for reading, and keep in touch.