Shadowed was SIFF-tastic: Our film at SIFF 2013 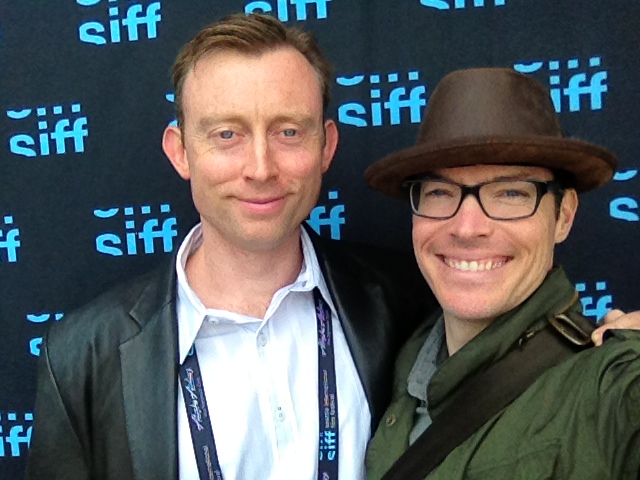 Shadowed, a film I acted in in the fall of 2011, was accepted into the 2013 Seattle International Film Festival. We had our Seattle premiere on May 28 at 7PM to a sold out crowd at SIFF Uptown Cinema, and we played again the following afternoon to another great audience.

Speaking of SIFF-tastic, you can also catch a piece of me and my buddies Ben Andrews (Director, The Three Stars) and Rick Walters (Production Manager, The Three Stars) on the SIFF Opening Night Gala in this video produced by KCTS. Click here, then cue up to the 3:50 mark

Working on Shadowed was an absolute thrill. It was my first feature film in a leading role, and I made good friends along the way, forming solid and lasting relationships. Working on Shadowed taught me a lot about what it means to be an actor on film, and being an actor with a whole lot of experience on the stage, the transition to the front of the lens was remarkably smooth, due to the excellence of the team assembled by the producers, who trusted I could do the job required.

Our first review was from City Arts Magazine (you can read the entire review HERE):

“Shadowed also serves as testimony to how fully a stable of good, persuasive actors can sell a genre film…David S. Hogan, a charismatic local actor bearing a slight resemblance to Guy Pearce, provides an intense contrast as the most tightly-wound member of the party.”

The response to the film was overwhelmingly positive, and at the gathering after the premiere, I was thrilled to share some time with some strangers (and horror/thriller movie buffs) who had seen the film after hearing about it on Facebook. 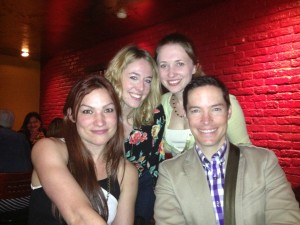 Me and some of the ladies of Shadowed after the premiere.

The producers, Daily Riots and Frenetic Productions are currently seeking distribution for Shadowed, and the film was recently at the Cannes Film Market, courtesy of Pathfinder Films, LTD. Hopefully, we will see a distribution deal soon so you can stream us online or order a DVD from Netflix!

In one final piece of Shadowed news, Joey Johnson was kind enough to invite me to attend an interview with him for SIFF TV. A link to the video will be up soon, but in the mean time, enjoy the photos: 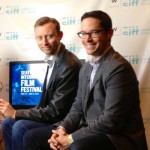 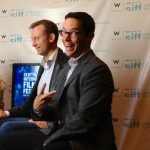