Last weekend I produced and acted in Unsilent Night, a film made for the Seattle 48 Hour Film Project. We screened in Group D, and won an award for Audience Favorite. The 48 Hour Film Project is a global speed filmmaking competition, and this year our city broke previous records with 83 teams competing. 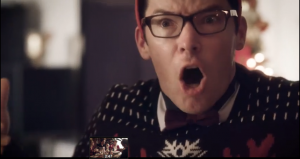 It was my 5th time competing (as an actor) in the festival, the first being many moons ago, back in 2007. I was just a pup, and didn’t know anything about anything, especially in terms of acting in front of the camera. The team was good, though, and we got our film, Sausage Fest, in on time. 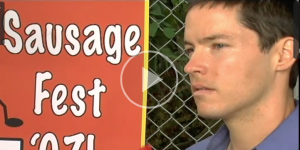 For me, the most memorable thing about my performance was the gigantic wedgie my chinos gave me after I hopped off of my scooter. I would like to shout out the wardrobe department and anyone else who was looking out for me on that day. 😉 #bubblebutt 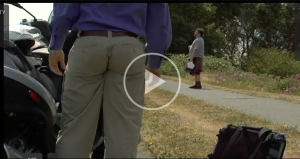 I’d like to think that I have come a long way since those early days, and my latest entry into the Seattle 48 is as a producer and actor in a co-production between Mighty Tripod (me and Angela DiMarco) and Domenic Barbero, who we have worked with before (Miles, Paralytic). The team was epic – 37 members – and their contributions were amazing. I met a lot of new crew members during our shoot, and finally got to have some screen time with some of my favorite local actors: Stefan Hajek, Rosalie Miller, Rich Morris, Rachelle Henry, Luke Schuck, and Greg Marks. Angela DiMarco is always wonderful to work with, and Bruno (our pup) made his first appearance on the big screen.

If you missed our film, we will be putting together a post-48 edit and possibly submitting to some festivals, and the film will eventually find a home online or at a streaming service near you. If we win a judges’ award, our film will screen a second time, so keep up with the Seattle 48 Hour Facebook page for those announcements.

To watch our other MTP short films, just head to our website.

Special Thanks to Todd Downing for the poster design.