Back on Z Nation for Season 4! 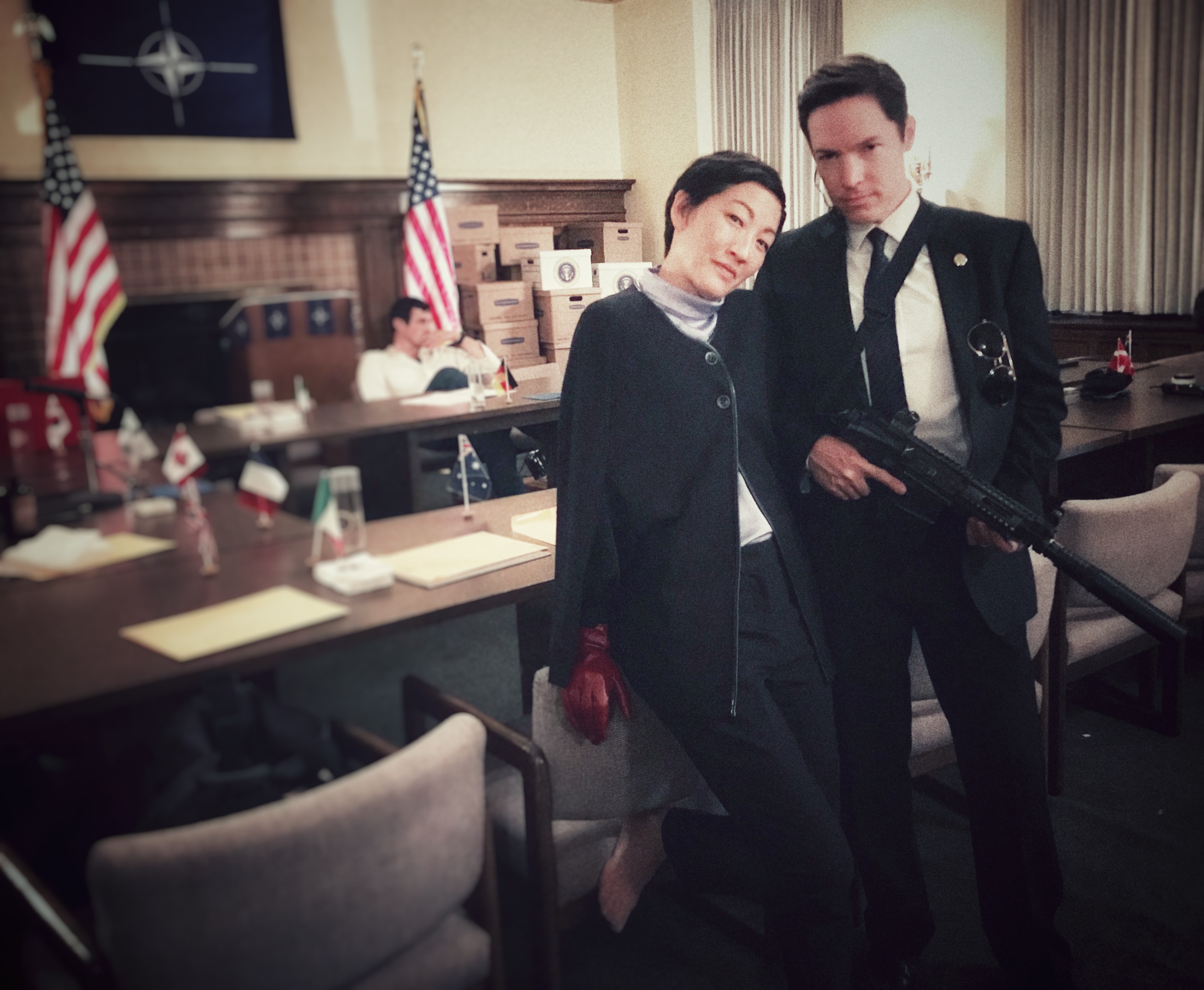 With the President of the United States (Ina Chang) 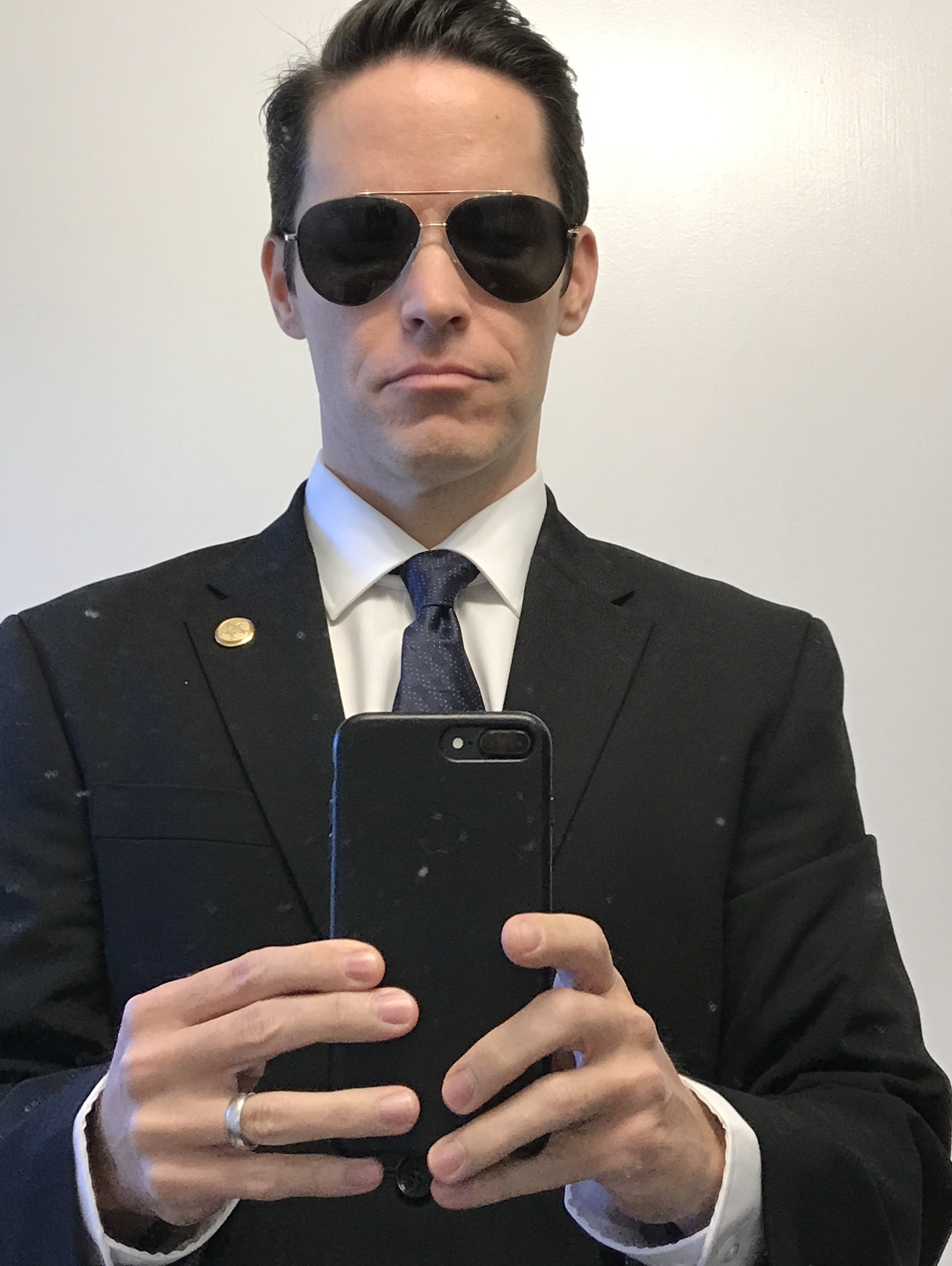 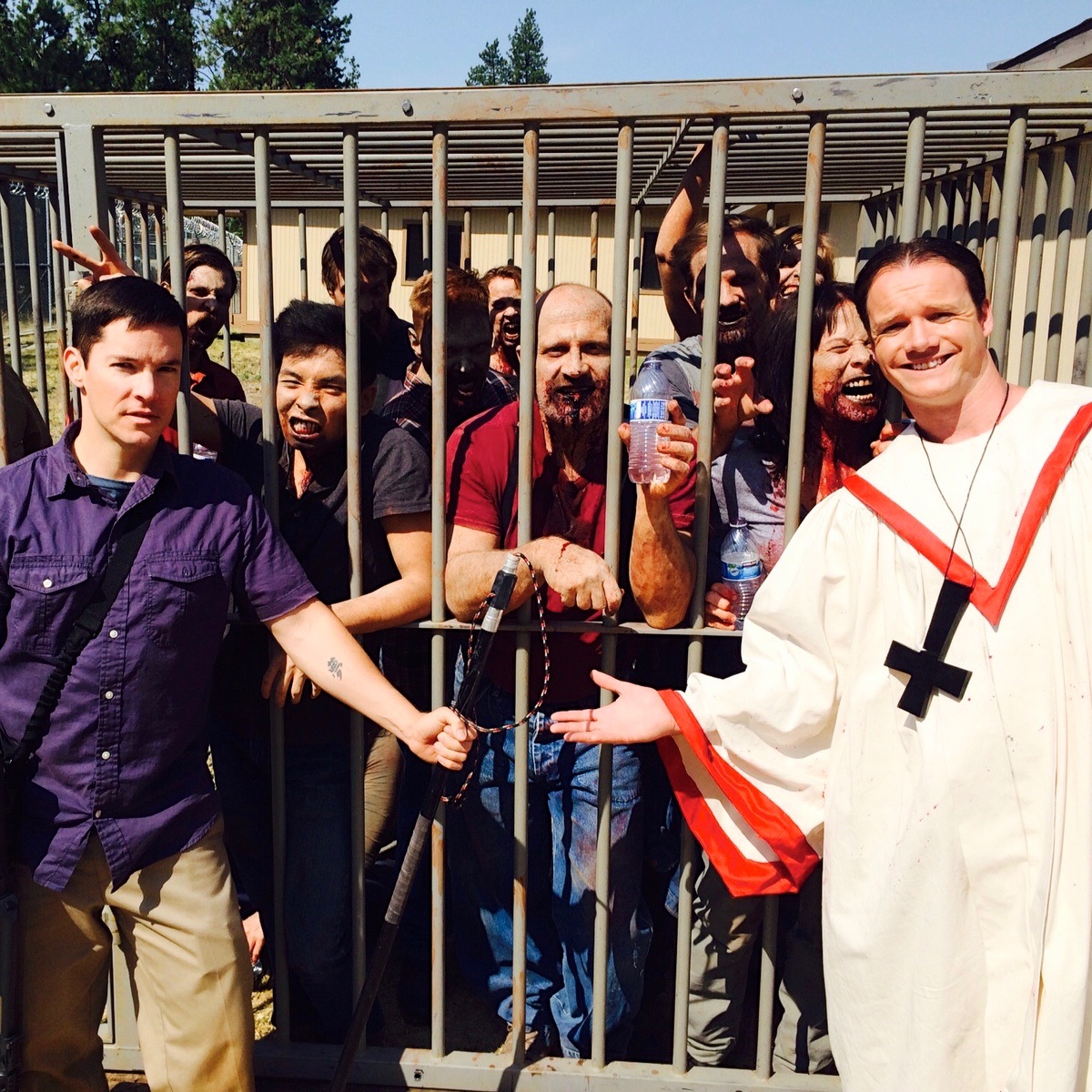 On December 15, 2017, I made my second appearance on SyFy’s Z Nation, this time as a Secret Service agent in charge of guarding the President of the United States. My character, Johnson 1, was comfortable and cool under pressure, wearing an apocalypse-clean black suit and tie, with aviator shades to match.

My previous time on Z Nation was during the first season (Episode 6: Resurrection Z) as Brother Eli. In that episode, I was a part of a zombie worshipping cult (because, awesome!), and the experience was something I will never forget. It was my first time acting on a network television show in a part that had multiple days on set. Up to that point, as far as TV credits, I had only worked as a day player on Grimm (Season 1, Episode 18, as Quinn), and on Thunderballs (a pilot which never aired). The opportunity that Brother Eli afforded me equaled tons of experience and insights into the inner workings of a television set. By the time I returned to Z in 2017, I was comfortable and confident. 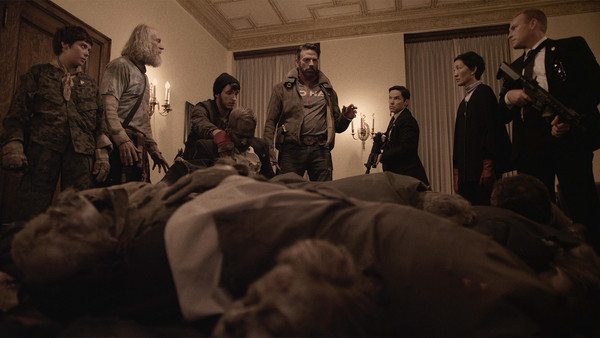 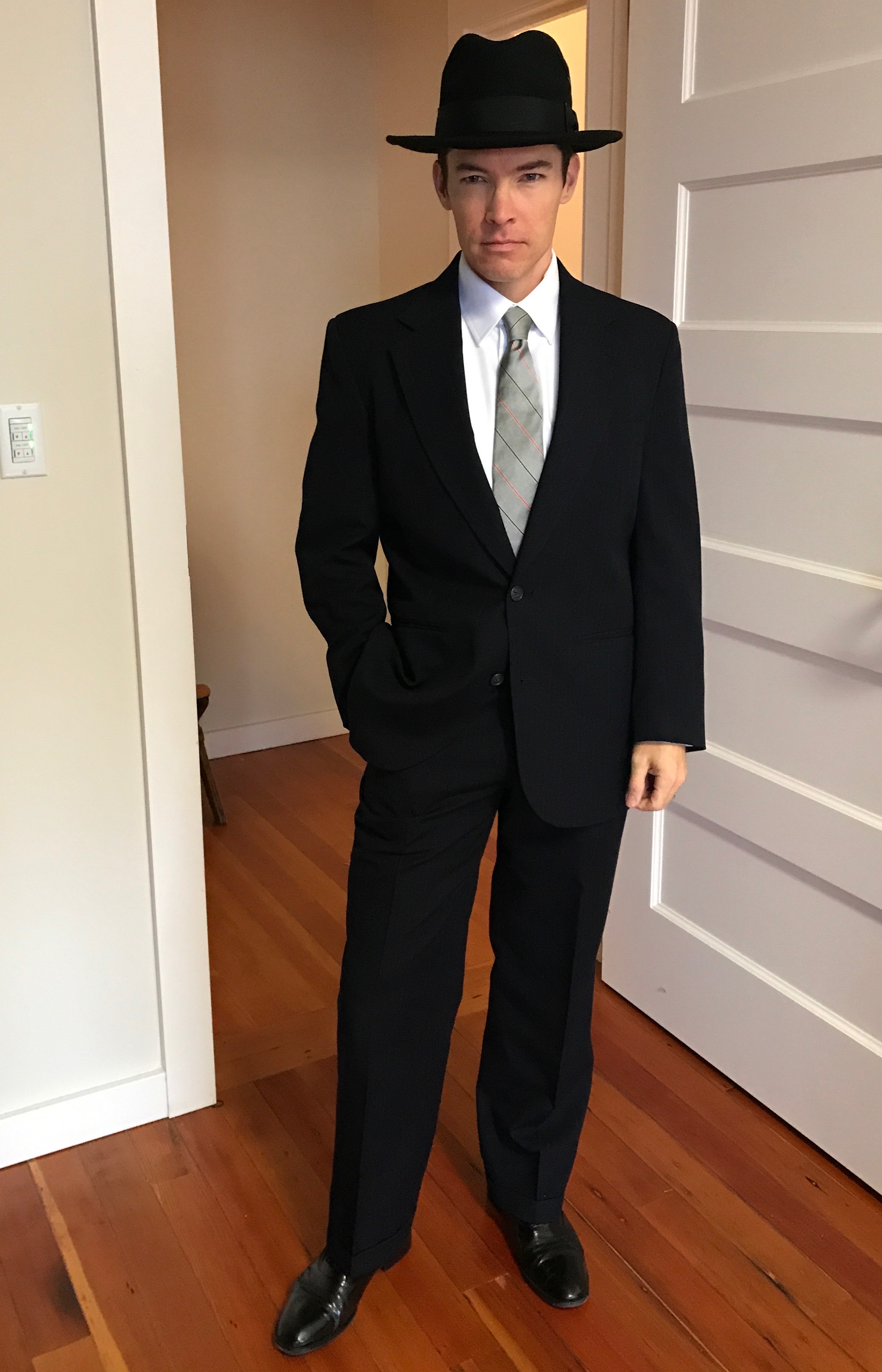 FBI Agent in An American Dream with Seattle Opera

What excited me about the role was how well the character fit my type. I often play cops and agent types (I had just come off stage playing an FBI Agent with Seattle Opera, and in early 2017 I played a uniformed cop in Bad Samaritan, directed by Dean Devlin and starring David Tennant), and Johnson 1 was not only tough and professional, but also humorous, as the role also offered levity through the character’s relationship with Johnson 2 (played by Justin Torrence).

When I showed up for my audition, I was reeling from the worst case of allergies of the year. Typically, about once per summer, my Hay Fever or whatever it is hits me like a ton of bricks, but this season had a much more obnoxious experience in store for me, and I literally walked into the casting studio with a roll of toilet paper and a dripping nose. After quickly explaining that I was suffering but not contagious, I stepped up to the mark and delivered an off-book audition that, to my mind at least, was as good of a go as I could muster even if the producers were in the room. I got a great adjustment from the casting team, read again, and was back on the streets a few minutes later, feeling satisfied about my time in the room.

The lesson is simple enough: do the prep, show up, no excuses, do the work, listen, go again, go home. Sometimes I book the job. Sometimes I don’t. But when I give 100%, I am always satisfied, no matter how the cards might fall. 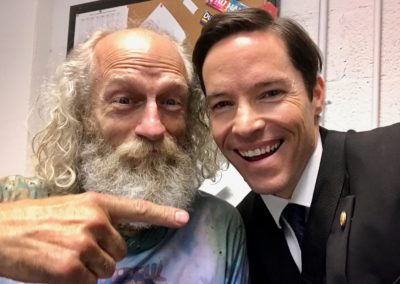 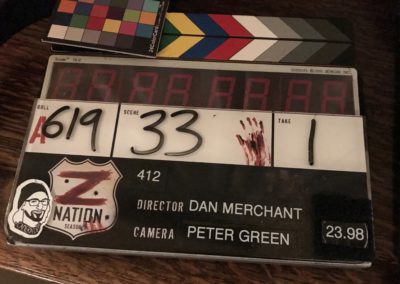 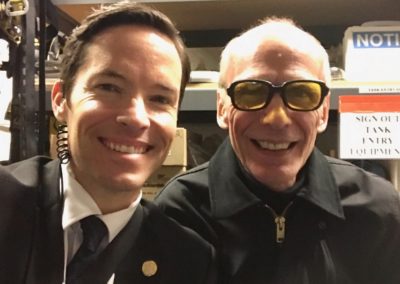 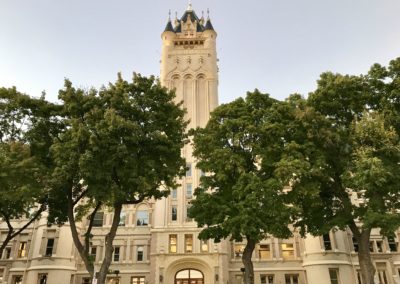 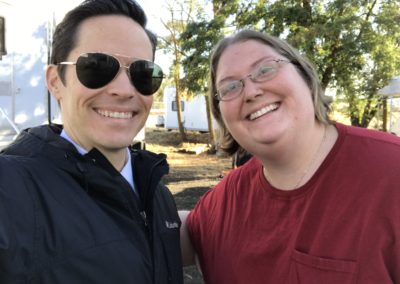 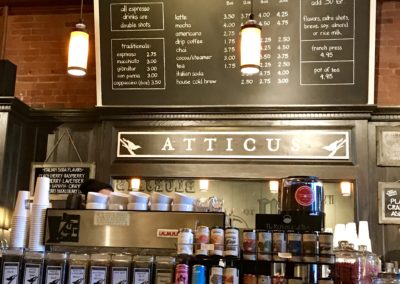 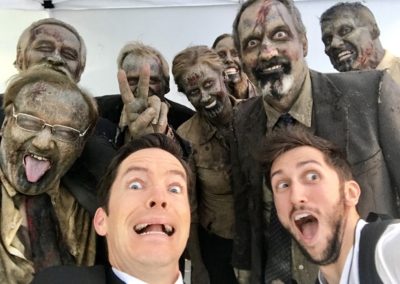 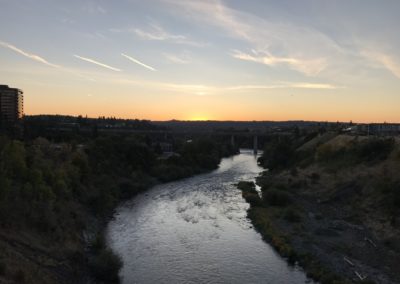 Making two separate appearances on a show filmed in my home state makes me extremely grateful and humbled. The entertainment industry is exceptionally challenging, but thanks to the support of my wife, family, friends, and my agents at TCM, combined with a solid work ethic and a splash of talent, I have been able to find success as an actor in Seattle. Of course, landing work on national television means auditioning for top-notch casting directors, and I could not be more pleased by having an excellent relationship with the whole team at Nike Imoru Casting.

Of course, in closing, I have to shout out the entire Mt. Weather cast and crew, who were an absolute joy to work with, especially, and in no particular order, Dan Merchant, Russell Hodgkinson, Kellita Smith, Justin Torrence, Ina Chang, Renee Majour, Steve Costanza, Gretchen Oyster, and her French Bulldog, Harley 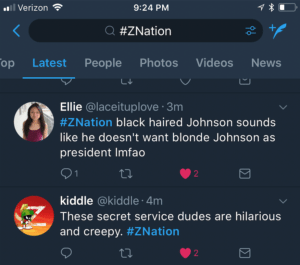 Here are some reviews of the episode:
AV Club
TV Fanatic
Fangs for the Fantasy 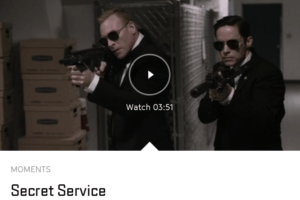