Reflections on a life as an Actor

It’s has taken me a long time…perhaps 18 years…to truly settle in to being an actor. Has it been 10,000 hours I wonder, and does that “rule” even apply in my field? I don’t really know how much time I have actually put in, but since graduating from college in 2000, I have performed on stage (or in the parks doing Shakespeare) in about 40 different productions, and have worked in front of the camera on probably 60 different occasions, as well. Add that to all of the training (workshops, classes, seminars) that I have attended, and we probably get close to that 10,000 hour mark.

“The 10,000 Hour Rule-closely associated with pop psych writer Malcolm Gladwell-may not be much of a rule at all. The principle holds that 10,000 hours of “deliberate practice” are needed to become world-class in any field…

Johansson argues that deliberate practice is only a predictor of success in fields that have super stable structures. For example, in tennis, chess, and classical music, the rules never change, so you can study up to become the best. But in less stable fields, like entrepreneurship and rock and roll, rules can go out the window…”

When I was in college studying, someone told me that it takes about 10 years of work to become a good actor, and I think I remember reading Sanford Meisner saying the same thing (or did he say, twenty?). Either way, my point is that mastering anything takes patience, dedication, and grit. And, while I have allowed doubt to creep in along the path, I am glad I have stuck to my plan: Become the best actor I can be and work as often as I can in order to connect, inspire, and explore the human condition.

I remember my first audition like it was yesterday. It was 1998, I believe, and I was an undergraduate student at Seattle University. I had been singing in the SU choir for a few years (which was also a radical departure from my norm at that time) when a drama department production of The Threepenny Opera cropped up. I was starting to grow in my confidence as a singer, and this whole “performing” thing was really growing on me, so on the day of the auditions, I headed over to the Fine Arts Building and killed it in the room! Except that didn’t really happen. And it did not even happen in my mind.

What did happen was this: I crept up to the audition room door… And I peered in… And hesitated. Then I walked away.

The next day, I went to the door of Ki Gottberg, who was directing the play, and I told her what had happened. She invited me to callbacks, which I attended. I can’t remember what the callback audition was like, but I must have handled my nerves and sang, more or less, in key. I was cast as the Street Singer and as understudy for the Bob the Saw. I don’t remember a lot about the show, except for that feeling that ignited me when closing the show by singing “Mack the Knife.” And the rest, as they say, is history.

I took some acting classes at SU, kept singing with the choir, and in 2000, I graduated with a Bachelors in Criminal Justice, Minors in Music and Psychology, and a plan to act my heart out as often as I could in the Seattle theatre scene. And, I did that for about 10 years before falling in love with working in front of the camera. 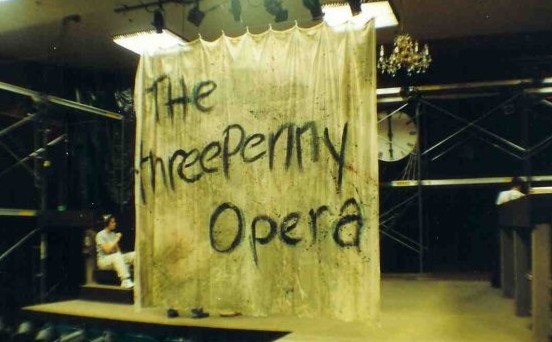 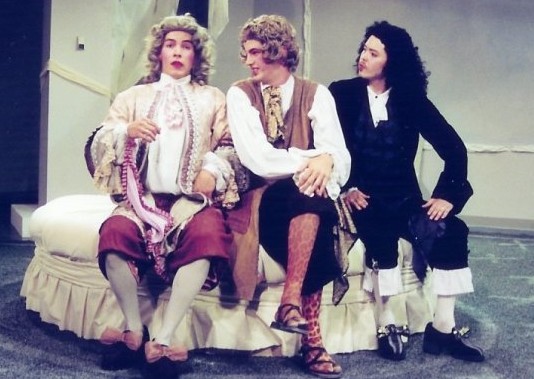 Things have come a long way since my early days of acting in front of the camera (see the clips to the right), and I know that my experiences + my training has lead to better work as an actor. It’s taken a long time to get close to “mastery” of my credit, and I am happy to report that I think “mastery” is impossible to achieve. But it’s a damn good thing to strive towards.

Thanks for taking the time to read. Please share, and keep in touch.

Let’s fast forward about 10 years. It’s about 2010 and I am thinking more about pursuing work in front of the camera. I got my feet wet, just a bit while working as a stage actor between 2000-2010, and I even had a commercial agent during my very short stint in Los Angeles. But it was not until signing with my Seattle agent, TCM Talent, that I began taking my on-camera career much more seriously.

Come to think of it, a few years prior, I did have a taste of “true indie filmmaking,” when I was cast in What the Funny, directed by Lynn Shelton. What the Funny was a webseries before webseries were cool, and while we were only able to crank out a “season” of laughs, the experience made me hungry for more. And, it was also where my partner in love and life started working together in front of the camera.

In 2011 I landed a role in a TV pilot that, alas, never made it to air. But, I had the time of my life on the Thunderballs set, and I got to meet some of the best people in the biz, a few of which I can now call dear friends. The following year I had a tremendous time working on All My Presidents and my first feature film in a leading role, Shadowed, directed by Joey Johnson.

Since then, it has been a busy life working and producing for the camera. With Angela and our company, Mighty Tripod Productions, we have 10 projects under our belt this far, and more on the way. Since 2013, we have been competing in the Seattle 48 Hour Film Projects, and this year, we hope to distribute our first feature film, Paralytic, which has also been submitted to film festivals