The Power of “NO” & Other Reflections 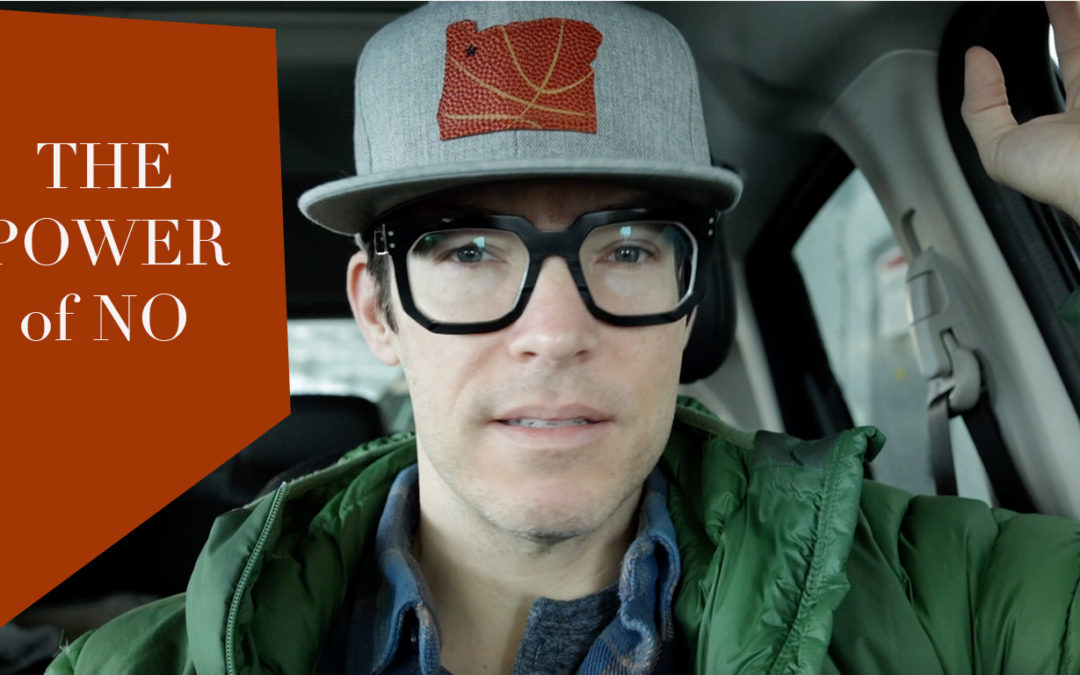 As an actor, I often feel powerless and at the mercy of others for employment and validation. My thoughts sometimes sound like: “You are good, but not great.” “When was the last time you booked?” “Why doesn’t THAT DIRECTOR ever cast me?” And on and on.

As a younger actor, the self-sabotage and negative thoughts were far more pervasive, but, even now, when I am undisciplined, the mind moves in an unhealthy direction.

I am writing today to talk to you about what you can do to feel a bit more powerful and in control as an actor, and to also remind you, gently, that sometimes saying NO or NO THANK YOU, is a gift to yourself and may be necessary from time to time, even if it means you don’t get booked and put on set (which is one of my favorite places to be).

First off, remember, the casting team is rooting for you. They are on your side and want you to do your best. You have been invited to the audition because 1.) They know you and they like you, or 2.) They like your package (headshot, resume’, reel, etc. Both are a win. You have made an impression – an impact – and they want to see more to find out if you align well with the role. Does that help at all to know – or to be reminded – that once called to the appointment (audition, meeting, etc.), they are already a bit invested? If you do well in the initial audition, you could be selected for the next step – callbacks.

Now, let’s talk about The Power of Saying No. Sometimes it’s okay to pass on an opportunity, as long as you spend some time considering why you are saying “no,” and debating the potential ramifications for such a rejection. During the pandemic, I have said, “Thanks, but no thanks.” a couple of times, the most recent being a few days ago.

In mid 2020, I had a job offer for a fun role in an independent, well written, feature film. Why did I say no? Well, the pay was low – minimum wage. And, considering I have been acting for 20+ years, I will rarely work for minimum wage… Hold on. Before I go too far: When I was first getting started, I asked a mentor about decision making when it came to work – something in the vein of “Should I audition for that?” – and they told me they had a rule of 3: “What’s the paycheck like? What’s the script like? Who are the people involved?” I think those are pretty good, but for my 2020 and 2021 checklist, I add: Will the set be safe? (especially in regard to virus transmission). One of the primary reasons I passed on the summer 2020 film was that I had no confidence that the set would be safe – at least safe enough for my standards. And, believe me, when actors don’t feel safe, it’s very hard to do stellar work. And doing stellar work is very, very important to me.

I talk a bit about all of this in a recent episode, so, if you have the time, have a peek at the video below, and if you have not already done so, consider subscribing to my channel and checking out the other videos.

Stay safe and have a great week!